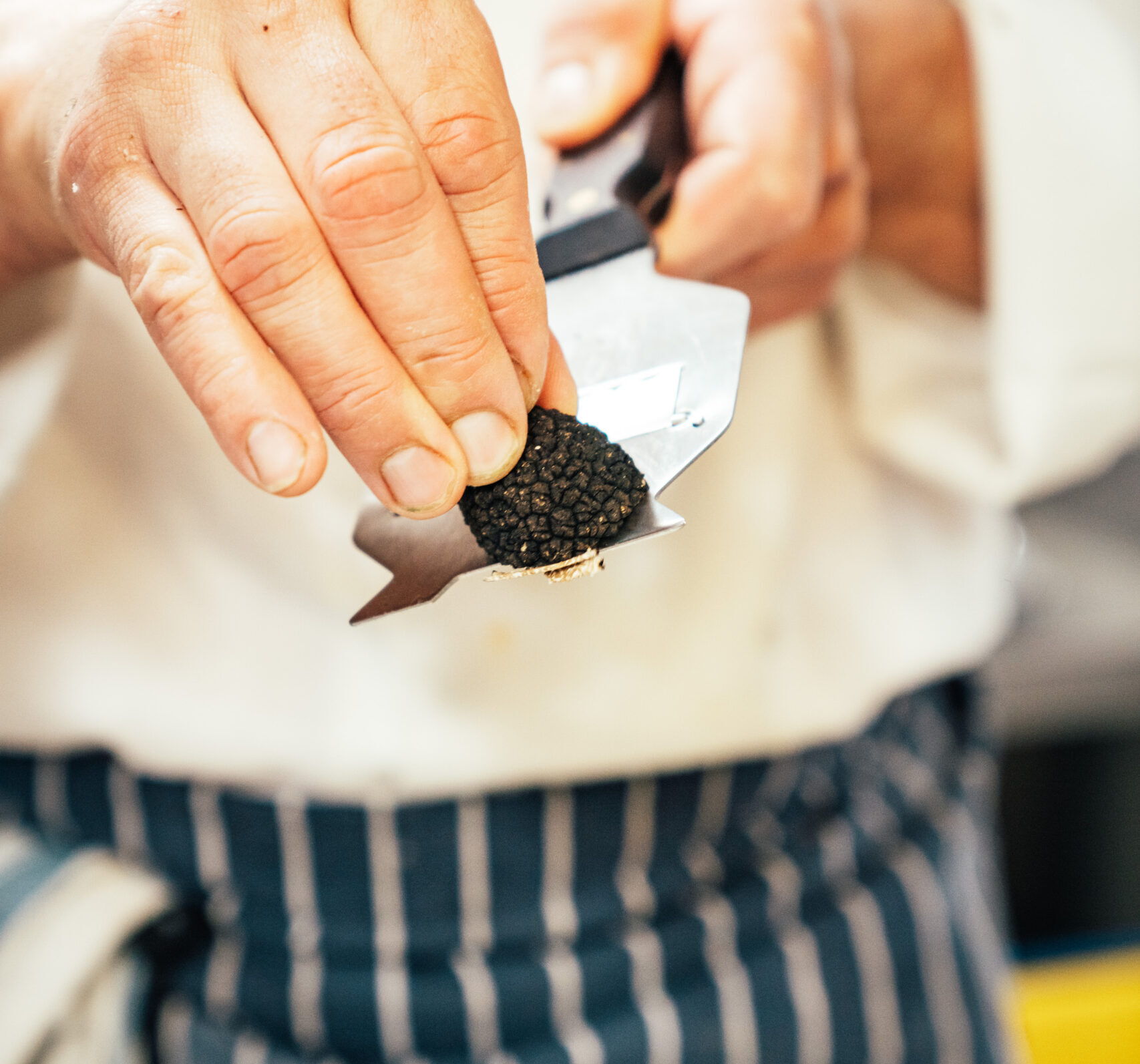 Iconic Italian restaurant in the heart of Chelsea, London famous for its tradition, quality & culinary heritage since 1988.

Established in Chelsea since 1988, Scalini is one of the oldest traditional Italian restaurants in London. Originally a Victorian artists' colony, Chelsea grew to become a beacon of the swinging sixties, boasting members of the Beatles and Rolling Stones as residents. Nowadays it is a beautifully preserved area famed for its high end shopping, such as Harrods and Harvey Nichols. Nestled in a picturesque neighbourhood, Scalini is a favourite destination for the local community, celebrities and lovers of traditional Italian food everywhere.

The Scalini story can be traced back to 1959 with the opening of La Trattoria Terrazza in Soho, London. Launched by Mario Cassandro and Franco Lagattolla, their restaurant served simple, traditional Italian food in a friendly, easy-going atmosphere, which inspired a new generation of trattorias in London. It was here that Scalini’s founders, Mario Paggetti and Valerio Calzolari first met.

Originally from Firenze, Tuscany, Mario Paggetti moved to London in the mid-sixties, a hugely exciting time for London’s dining scene. Mario opened his first restaurant, Sale e Pepe, in Chelsea in 1974 alongside Sandro Tobi and Mr Young. Mario and Sandro later opened a second restaurant together called Sambuca in 1975 followed by the famous Signor Sassi in Knightsbridge in 1983.

Mario then went on to open Scalini in Walton Street in 1988 with a former colleague, Valerio Calzolari. The restaurant still stands on the original site today, in a beautiful Georgian townhouse in the heart of the leafy Royal Borough of Kensington & Chelsea.

Scalini’s founding Head Chef, Luigi Ferraro was also instrumental in the ongoing success of Scalini, remaining at the helm for over 30 years. Luigi trained at the Hotel Tripoli in Limone, Piemonte, one of the oldest ski destinations in Italy.

From there Luigi moved to the nearby town of Cuneo where he spent a year working in the Ristorante Ristoro, which informed his approach to Italian cuisine, followed by a spell at Hotel Ligure.

In 1974 Luigi relocated to London working under Mario and Franco – the pioneers of Soho’s trattoria revolution.  At the age of 21, he started work at Sale e Pepe and this was where he too met Mario Paggetti. Mario invited Luigi to join him when he launched Scalini and it was whilst working under Mario that Luigi gained his passion for excellence and became hugely inspired by the simplicity and ﬂavour of traditional Tuscan cuisine.

The Scalini signature dishes Luigi created, and which are still lovingly prepared and served today, are memorable, traditional, and honest – always using the ﬁnest freshly sourced local and Italian produce, cooked with passion, and presented without fuss. This approach to Italian cuisine embodies Scalini’s philosophy - down to earth, and without pretension.

Today, Scalini London continues to thrive, drawing locals, international visitors and celebrities alike, and Restaurant Manager Massimo and the team have been welcoming generations of local clientele for many years.

In recent years, Scalini has successfully launched in Europe and the Middle East, with stunning locations now in Dubai, Doha, Riyadh, Cannes, and Istanbul – all offering the same Scalini style, dishes and ethos to Italian dining,

We are excited by our plans to expand further bringing the original and iconic Scalini brand to new audiences in 2022 and beyond.

If you'd like to join our team, please email us at info@scalinilondon.co.uk

“We arrived here on a Saturday lunchtime with no reservation dressed casually having spent the morning shopping. We were warmly welcomed and entertained with some fabulous food and quality wine.

Michel, our host, could not have done more to make us feel welcome. We enjoyed it so much we returned the following Friday with friends. Love the ambience, the service and most importantly the food.”
Amortimer67